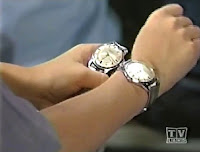 Having a clear plan is important. Without a plan things go kind of random.

For today I had a sort of plan but at night I messed it up.

Didn't have time for an afternoon nap as I had an appointment outside. But didn't feel like I needed the afternoon nap either. I was home by 1500 and feeling fine.

By midnight I was feeling fine, sleepy but not like everyday when I can't keep my eyes open.

Well that's where I lost the plot. Both alarms rang, and I turned them off (apparently) but kept on sleeping...until 0740!

A Chinese proverb comes to mind, "A man with a watch knows what time it is, a man with two watches is never sure."

Plan must be concrete if I expect it to be followed. Lesson learnt.

Even though body and energy levels were all good, waking up late starts me off in a bad, almost panicky mood. I feel like it has put me behind the clock. It's merely psychological as I do have lots of hours to do what I want.

The reason I considered Biphasic instead of Everyman last night was the time-saving vs. the effort.

So, you see, even once Everyman started working, it'd still give me maximum of one hour more at the cost of flexibility and shorter waking slots. I am leaning towards Biphasic again.

I hate waking up late too. It just spoils my entire day. Like you mentioned, if I wake up late,I feel panicky and resentful.

AH, that was one of the main reasons I tried biphasic - to get rid of that panic. Mostly it's been working well. :)