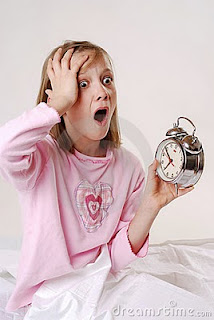 1900 Nap: 1900-1929: Deep sleep. Woke up by alarm.
2300 Nap: Overslept right through to 0330 then woke up by the alarm. Still took a lot of willpower to get up and get out of bed. Felt like I have slid back in the Uberman training. After yesterday's all good naps I was feeling like I was on my way but apparently more hurdles still on the way.
Totally feeling like I woke up in the middle of the night and needing more sleep. Considering I got good sleep on all my naps, I shouldn't have needed that much sleep.
Very sleepy right now but will stay up till 0700, next nap time.
Thinking about ways to avoid this happening in tomorrow's 2300 nap. That's the one with most possibility of oversleeping so far.

And felt serious sleep dep after waking up as well. Breakfast helped, eating plus light tea.

The problem with Uberman is right now I look forward to the next nap right after I wake up from the first, and can't have much expectation from the next one also because it'll be only a 20 minute nap. But I still want to see it through and find out how it feels after adaptation.

In conclusion: Uberman is hard to get used to and looks like it'll be very hard to maintain as well.
Posted by Sunil Goswami at 3:59 PM

Hi there, you have got yourself a neat little award.

Hey Sunil...what exactly is bi phasic sleep??...i remember reading about poly phasic sleep in blogs some time back..that involved several short naps instead of sleeping at a strech..I'm doing a bit of research on your blog :-)

Hi Ritu, when I started biphasic I did this first post which explains everything including why I decided to go this route - Read it here

I think it'd answer your question. :)