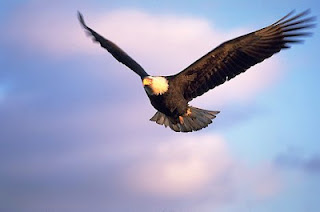 So I was looking out the window at the cold, wet weather and thinking if I want to walk to office carrying that heavy bag or take the car. I am going to London in the evening and will take a cab directly from the office so taking the car will be a nuisance, I will have to come home to drop the car first. But the bag contains my tripod, camera etc. and is slightly heavy. Then I remembered that the last time we held auditions in London, last week, I had walked to the office with the same bag, and the weather was was similar. Okay, walk it is.

I thought how funny it is that just the realization that I have done something before makes it easier, even though physically nothing has changed!

In athletics there was a limit that a distance of one mile could not be run in less than 4 minutes. But one man, Roger Bannister, just refused to accept it. He kept trying and trying until in 1954 he accomplished the supposedly impossible milestone of four-minute-mile.

In a year from his first achievement, almost 10 runners all over the world had achieved the same thing. What changed? The road was the same, their bodies were the same, and yet they performed better, why? Only one thing changed. The limit in their mind disappeared. They now knew it could be done!

It is true not just in running but in any area of life. When you come across the next "impossible" task, look at it closely, is the limit real? Or is it just in your mind?

(The sher translates to - I don't let the voices of the Earth and the Sky stop me. My goal is to reach much higher than the limit of the flight.)
Posted by Sunil Goswami at 9:28 AM 2 comments: 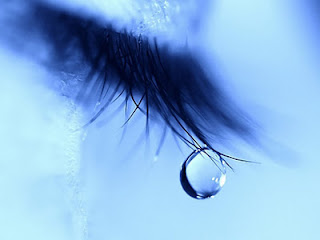 3 random sher's courtesy of a friend. All on one topic - tear. No context just lovely shers. 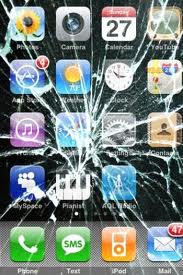 My original iPhone sucks post became too long, especially with all the people chiming in with additional reasons but I still keep finding out more reasons in conversation with iPhone owners.

So I decided to post a new one and collect the additional reasons here. Some of them are strong, other just inconveniences.

1. Those who own glass phones....shouldn't drop them! I was talking to my friend and she almost dropped her iPhone. Then she commented that she has done it before, and anybody she knows who owns an iPhone has dropped it once or more. It results in either the screen or the glass back shattering or cracking and they have to send it away to be replaced. Yeah, of course they have to pay or make sure they insure it and keep the premium payments up. She showed me hers, it had one big corner of the screen cracked. She was waiting to drop it again before sending it in.

So, this is how innovator companies do it, put a piece of glass in the front and back that'd make the phone heavy and crack easily. Does anyone think that Apple treats their users like suckers?

(I did a search for "iphone cracked" for the photo for this post and was spoiled for choice. As a matter of curiosity I did one for "Android cracked". Very few images...about 7 or 8.)

2. Free apps One of the commenters on the original post mentioned this. About 29% of the apps on iPhone App Store are free, whereas on Android 60% of the Apps are free. Funny thing is some of the same apps, by the same company/developer are free on Android but not on iPhone, for example, Angry Birds.

3. Back button Several commenters chided me for not mentioning this in the original post. On Android you can use the Back button to track back out of the menu system or applications. On iPhone you'll always be hunting  for some on-screen button to find your way around. Major navigation drawback.

4. Siri in UK. Siri, the much-touted voice-controlled virtual assistant software that prompted uncounted sales for the iPhone 4S is actually almost completely useless in the UK. That's not something Apple tells you before you buy the expensive, overhyped toy.

Another thing they don't tell you in the flashy (yes, I said that) iPhone 4S ad's is that Siri is actually in Beta. And it's not the kind of Beta that gmail was where everything worked even in Beta phase, it's the kind of Beta where people have issues with making it work or having it stop after a while.

If you don't believe me check Apple's own site and community forums. Here's a useful link and quote

"Siri is currently in beta and we’ll continue to improve it over time."
from http://www.apple.com/iphone/features/siri-faq.html

5. No multi-tasking. Even with iPhone 4S and 1GHz CPU the iPhone has no real multi-tasking. If you open a website and press Home to go do another task..when you come back to the browser, the site would not have loaded, it'd have frozen where you left it and will continue now.

Some of the commenters mentioned how the iPhone "decays" over time in terms of hardware and performance, like dropping calls etc. I can't comment as I have never owned one myself but people I have met before have mentioned things like that.

I'll probably update this post as I find more reasons.

P.S. A friend of mine told me he bought an iPhone because...wait for it...he doesn't like the colour of the background in the settings menu on Android. He's apparently okay with the restrictive interface of iOS where he can't arrange the app icons in anyway but a menu that can be customized with any of the many free Android themes offends his sensibilities. What do you think, fanboi in the making?
Posted by Sunil Goswami at 3:42 PM 23 comments:

The Road Not Taken

This has no special significance except that lately I have been having similar thoughts of paths not taken and just found this poem today. 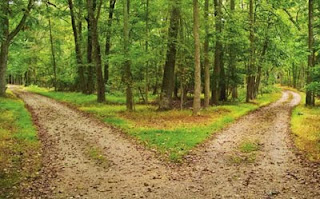 The Road Not Taken

Two roads diverged in a yellow wood,
And sorry I could not travel both
And be one traveler, long I stood
And looked down one as far as I could
To where it bent in the undergrowth;

Then took the other, as just as fair,
And having perhaps the better claim
Because it was grassy and wanted wear,
Though as for that the passing there
Had worn them really about the same,

And both that morning equally lay
In leaves no step had trodden black.
Oh, I marked the first for another day!
Yet knowing how way leads on to way
I doubted if I should ever come back.

I shall be telling this with a sigh
Somewhere ages and ages hence:
Two roads diverged in a wood, and I,
I took the one less traveled by,
And that has made all the difference.
Robert Frost
Posted by Sunil Goswami at 3:37 PM No comments:

Email ThisBlogThis!Share to TwitterShare to FacebookShare to Pinterest
Labels: poetry 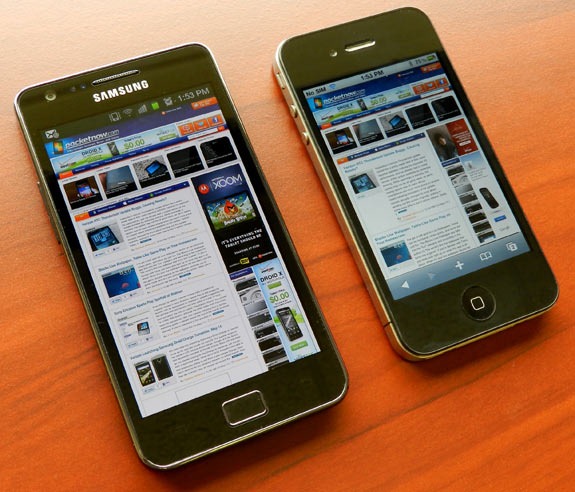 One of my commenters on the post http://sunilgoswami.blogspot.co.uk/2011/09/why-iphone-sucks-fact-list.html shared this URL. I read the article and found that it was a good, sane, calm comparison of both OSes from a user who has used both.
So, I am sharing the link here.
http://drippler.com/samsung/galaxy_s_ii#!270731

Mind you, he says that he's satisfied with his iPhone now, but in time I am sure it'll get on his nerves so much that he will move back to the "good side".

This review also brings home the fact that no matter how hard I try I can't really point out all the problems with iPhone because I don't use one.

Also read the comments below that article, some of them made me laugh, talking about the camera on an iPhone..lol..hilarious!
Posted by Sunil Goswami at 8:59 AM No comments:

Eating in a tree


[For once no copyright infringement, I took this photo myself.]

No, I haven't suddenly turned into a monkey, I am just recounting a small part of my life in my Slice of Life series.

The story is from a long time back when I was just a boy. I don't remember how old exactly but in my teens around 14-16 most likely. My parental village is in U.P. and I used to visit there oftener than I manage to do now.

I remember this one visit very clearly when I was staying at my aunt's place for a few days. Just me, my parents were back in Delhi. If I remember correctly it was part of the summer school holidays. In my aunt's front yard there was a tree. Don't ask me what it was, maybe just neem, but I remember it was branched low so that even a city boy like me could climb it and sit in that lowest branch.

One of my aunt's daughters, my cousin sister, was called Kumma. Just a nickname, her real name was nice and beautiful. She was very nice and our ages were close enough that she used to treat me like a younger brother even though she was a couple of years younger than me.

So I would spend my hours up in the tree, enjoying lazy afternoons with no specific plans to do anything at all. And Kumma would ask me if I wanted something to eat. If I said yes, she would offer to make my favourite and I would agree. And what was my favourite? Read on!

She would take red chilli and grind them fine by hand on a stone "sil-batta" or pastel and mortal for all you "angrez" types. Adding a little water in it, she'd would make a thick sauce. And this pure red-chilli sauce she would put on a thick chapati and ask me if I wanted to come down or eat in the tree.

Of course, I opted to eat in the tree! She would hand it up to me in the tree. No plate, no cutlery, just the chapati and the chilli sauce on it, a lot of sauce like a sandwich filling. And I would roll it up and eat like a monkey in the tree. In those days I could handle the spicy sauce without running for water afterwards.

Since then, I have had many different kinds of meals in many countries, in fancy restaurants and modest cafe's, in dhaba's by the roadside and in coffeehouses where they didn't even speak my language but nothing can compare with that simple meal made by a loving sister!
Posted by Sunil Goswami at 1:54 PM No comments: