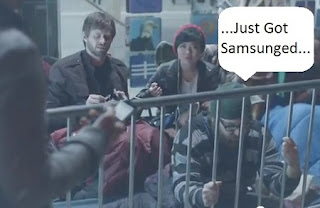 Funny isn't it, that the iPhone 5 can't even measure up to Samsung Galaxy SII spec's. :) 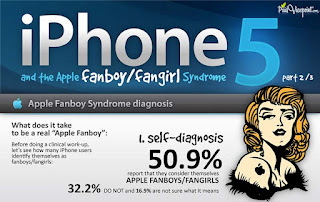 These are my creations, not from the internet (the picture is from the internet). To be honest, they are not all about iPhone 5, some are just on Apple fanbois. Some are not so dirty either but you know....


Why couldn't the iPhone5 fanboi satisfy his girlfriend?
He had only 4 inches to work with.

Why did the Apple fanboi cross the road?
There was an app for it.

Why did the fanboi's girlfriend couldn't get any action all night?
She wasn't holding it right!

Why didn't the Apple fanboi kiss his girlfriend?
There was no app for it.

Why didn't the fanboi bite into his apple a second time?
It looked like Apple's logo.

Why do fanbois close their eyes when being photographed?
They are afraid of the Flash. 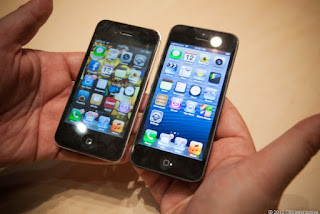 After ALL that hype, after all that long wait, even after one false alarm and extra wait after 4S, this is what the great Apple has the gall to produce? Wow!

Now, I am very sure nobody but the die-hard Apple fanbois would be able to say that this is a good phone.

The screen is now 4 inch, most of it used to make the phone taller. I'd like to hear from the fanbois who used to swear on their dead grandmother's grave that 3.5" was THE BEST and the only SENSIBLE screen size for a smartphone. It had the perfect reach for your thumb and it was just SO PERFECT in every way. What's the word guys? Are you going to admit that Apple lost the plot? Or is the new PERFECT screen size now 4 inch?

Even so it's not the best or the biggest screen in the market. Samsung Galaxy Note with 5.3" and Galaxy S3 with a fantastic 4.8" screen are still ruling the market. And any fanboi who stands next to me and dares to pull out his puny 4" piece, and tells me it's great, will get my answer, "Dude, you are just jealous because mine is bigger!"

The screen has good pixel density though 326ppi compared to S3's 306ppi.

Finally, Apple has caught up with 4G. But NFC is still not delivered even though promised.

Still a dual-core processor, but iPhone's processor has never been top of the range starting from the first model itself.

It doesn't have HSPA+ which is amazing for users in the UK where 4G is still in the works.

Most of the new features are just playing catch-up with Android and are 6 months to 1 year behind times. Others I am sure are Apple-customized. For example, Bluetooth is upgraded to 4.0 but I don't expect that iPhone users would still be able to transfer files to other devices without cables. Wi-Direct and things like that...well, that's just unfair to ask!

I am happy to see that camera has gained some good features like 1080P full HD recording at 30fps and 2.4 aperture, but I would wait to see any good photos from it before I believe it. Apple has a way of fucking up these things despite good spec's. The iPhone 4S camera was also touted to be a great 8MP snapper but was a shitty piece of crap in the real world.

Even with with iPhone 5 camera I don't expect it to have zero shutter-lag which is a reality with Galaxy S3's camera.

Of course, if you can count on Apple for anything it is to play its own tricks on the users. The current trick is a nano-sim. Yes, you read it right! It's even smaller than the micro-sim. Does Apple care how inconvenient for its users? What? Apple? Care? Don't make me laugh!

Anyway, enough about the latest iCrap. Ask me how my web series is doing. ;)

Let Me Fool You - Sheldon's Cats 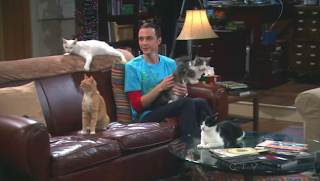 Just watch this okay, just watch these two clips very carefully and tell me what's wrong. I am sure they thought they could get away with it, but.....not on my watch, buster. Actually, not on my watch if I watch the series a second time which is when I caught this.

I don't blame the director, if the actors cannot learn their lines, there comes a time when instead of saying "retake" you say, "Oh, what the hell..."

And the second video clip... 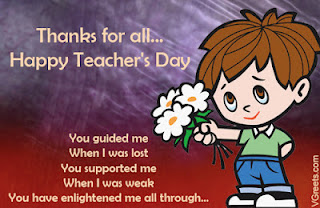 I haven't posted in this series for a while. But it's Teachers Day, at least in India, so let me talk about another one of my great teachers today.

Gaurav Sir joined my computer institute when we needed somebody to teach us 'C'. Considering that the institute was small and restricted in budget, it could have been a terrible shortcoming, but in my case it turned out to be a great advantage. For example, when Chauhan sir came to teach us "COBOL" he was the best teacher for it, as well as for PLT. Similarly Gaurav Sir joined at a time when we needed a teacher for Unix and C and he was the best, bar none, who could have taught us those subjects.

Well, maybe Tenenbaum knew a little bit more about Unix than Gaurav sir, but not much, and I don't know if he was any good at teaching. :)

What made them great was that they were geniuses in their own right and they could not help inspiring you if they tried. Gaurav sir was another such genius and you could feel that in talking to him though he NEVER, EVER, boasted or bragged about his prowess or even his experience.

For Gaurav sir, everything was casual, no big deal, even things that'd make me and my fellow students go wide-eyed , "You really did that, Sir?" :O

There's a whole lot I can say about Gaurav sir without covering the matter fully so let me say just a few important things and leave it at that.

Gaurav sir could not help challenge our minds. For example, the first time he took our class, he started talking about how to swap two variables without using a third variable. Even though he didn't ask us to try it, I just had to because I had never heard anything like this before. I showed it to him in a few minutes and he agreed that the solution would look something like that.That was always the way with him. He inspired me just by talking to him!

I don't remember exactly how it happened but he gave me his home address and I visited him there. He used to live in another part of the same city, Delhi, and I used to go to the public library near there. Then I made a practice of it, visiting him every 2-3 weeks at his home, on the weekend, even after he stopped teaching at the institute.

He himself was quite a scholar where computers were concerned. Every time I visited him I was awed by his book collection. He used to spend his money in buying the US editions of super-expensive computer books that were not available in India. Even though I was stupid in computers, I was smart enough never to ask to borrow a book. It's just something you don't do. Still, he lent me his notes and stuff more than once when I most needed it.

Later I followed in his footsteps, joining the same company where he used to work, etc. etc.

One of his peculiar (or maybe just enviable) habits was his love for certification exams. I remember very well how hard I had to study to pass my MCSD (Microsoft Certified Solution Developer) exams. 4 long, tough question papers. But Gaurav sir, had done that already, and done the 2 extra optional exams, plus gone in for MCSE certification, plus a few more certifications, plus he used to take the newly-launched papers as a test subject. My God!

It is a proud privilege for me that I am still in touch with him and I am always pleased to see that he's still doing amazingly well on his career path and still the same old certification-gobbling genius that he was. His email signature looks like a phonebook of doctors the way those abbreviations are lined up after his name.

To come back to my self-centred world, I would not be what I am and where I am today without Gaurav Sir's patient and selfless guidance and his continuous support. He is still a source of inspiration for me. And he doesn't have to do anything for it. I just think of him and it inspires me to do better and greater things in my life!

I wish him a long, successful, happy life!
Posted by Sunil Goswami at 10:44 AM No comments:

Email ThisBlogThis!Share to TwitterShare to FacebookShare to Pinterest
Labels: My Teachers

An Android Camera - The Way To Go! This is what technology is all about - changing life. All new innovations should be about making life easy, adding value to everyday life and giving people the power to do whatever they need to do or want to do.

This is called the Galaxy Camera by Samsung and from the spec's I can see that it's an amazing device. Having a 4.77" LCD screen (almost as big as the Galaxy S3) and the whole Android OS to play with, you have more power at your fingertips than you ever had with a camera.

Imagine taking a picture then editing it right there on the camera's huge screen and then posting it on Facebook, Twitter etc. or emailing it to your friends without any cables or card readers! Isn't that wonderful!

I have a DSLR now which gives me the power to take amazing 18MP photos with shallow DOF and everything but still I find myself taking photos with my Galaxy S3 sometimes simply because of connectivity. For example, my birthday pictures, I could take them with the phone camera and upload to Facebook right from the restaurant. If I had used the DSLR I'd have had to wait until I got home and get busy with card reader and laptop.

With this camera, you can take a 16.1 Megapixel photo, using 21x zoom if you want, and use the built-in connectivity to use it anyway you fancy.

I really like the remote live-view feature that you can use to be in the photo yourself. You place the camera, then connect to it from your Android smartphone, using the phone as a live viewfinder and take the photo with voice command.

Since it has 1.4quad-core CPU like the Galaxy S3 I expect there would be no shutter lag and the voice commands will work great. The OS is newer than the S3, it has 4.1 Jelly bean whereas the S3 has only 4.0.3 Ice Cream Sandwich.

You can read the source article here:
http://www.lifeofandroid.com/news_detail/ifa-2012-android-cameras-keep-coming/ 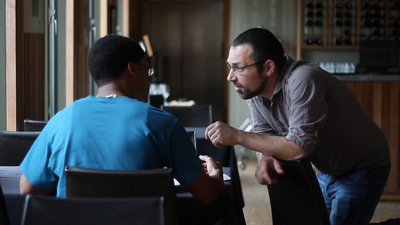 As usual we released the next episode of our web series this Monday. FYI, this will be the last episode of this series for a couple of weeks. I plan to release the first episode of my second web series next Monday.

The idea is to alternate between the 2 web series and the short films in between. The only definite thing is that every Monday there will be something interesting on the G7Productions channel.

In the meantime, here's the episode 5 for you to enjoy:

Posted by Sunil Goswami at 5:07 PM No comments:

This looks quite good to me. Of course, it would offend the fanbois. To them, to quote the show, FU.


P.S. I should mention that this link was shared by my regular reader - WindTV.
Posted by Sunil Goswami at 12:24 PM 2 comments: