Movie Review with Spoilers - Batman vs. Superman: Dawn of Justice - Injustice to the viewers

Warning: This review is full of strong language, creative epithets, violent suggestions and sexual references. It also contains detailed spoilers. Read at  your own risk. 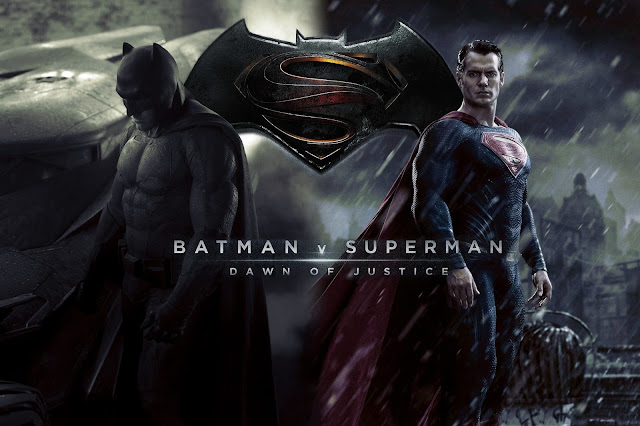 An absolute piece of crap! That's my honest and concise review of this movie. And I do reserve this review result for movies that truly deserve it.

I guess I am angry because this is one of those rare times when the movie trailer managed to fool me. I had no intention of watching this movie, then I watched the trailer and thought it was worth watching. Wrong decision!

Now the question of why, why do I call it a bad, excuse me, terrible movie.

I have said this before in a review, and I say it again here - there is the science of filmmaking and there's the art of filmmaking. The science includes all your cameras and fancy lenses and other technological wonders that are at the disposal of a modern-day director.

The art is that crucial part which helps a director create a movie that puts the audience at the edge of their seat. And they (the directors) don't usually need any special technology to do that.

This movie is full of the former but shows no discernible sign of the latter.
Let's take it piece by piece.

Story
Story is pretty simple as superhero stories sometimes are. Superman is framed for collateral damage during a Lois Lane rescue and people want him answerable.

Acting
Most of the actors have done a good job given the terrible story and characterisation. Except one.

The guy playing Lex Luthor, Jesse Eisenberg, he starts overacting from his first appearance on screen and never stops. If anything made me want to hurl a shoe at the high-resultion IMAX screen, it was this guy. If this was Bollywood I would surmise that this boy was the son of the film's financer. Actually, that kind of thing happens in Hollywood as well, doesn't it?

Jesse Eisenberg plays the evil mastermind so horribly that I am sure if he was playing this part in a college play the director would kick him out after the first rehearsal.

Cinematography
OMG! Does director Zack Snyder know that there are other shots in the book than close up's and ultra close up's? It was driving me nuts how he was going for a close up or super close up for about 90% of the time. This also starts right from the beginning of the film.

Editing
Other than super close-up's the movie uses way too much slo-mo in scenes where it's obviously not required. It slows down the pace and makes you want to tear your hair out.

There is one particular fight scene with Batman fighting multiple goons which made me want to take the cinematographer and editor to the top of a volcano and kick them in! You can actually see the junior artists waiting their turn to attack the big star, Ben Affleck and get beaten by him. They are ALL holding a long barreled gun but none of them fire, they all step up one by one and attack him close range so that he can beat them with his fists.

What's worse, it shows that Ben Affleck is old and out of shape. Not a good thing to do to your superhero character.

Dialogue
The dialogue is way cliched. You might actually think - "Guys, did you ever have an original thought?"
Really boring dialogues in really cliched situations.

Background Music
Just like the dialogue the background music is cliched and in some scenes really intrusive. I was screaming inside - "Can you please just fuck off? I am trying to watch the scene here!"

Predictability
Because the movie is full of all kinds of cliches it's very predictable. If you watch movies regularly you would actually be able to say "Okay, this character will use this line later in the film." "Ah, she's throwing the spear in the water, that means they will need it later when things are going critical."

And when you can predict to that level the movie becomes very boring. Actually, I was yawning all through the second half of the movie.

What also pissed me off was that for a movie called "Batman Vs. Superman" majority of the movie only shows Clark Kent fighting Bruce Wayne with tired, cliched dialogue. There is only one battle between Batman and Superman in the whole film and even that is not real because the villain has captured Superman's mother and he's fighting for that rather than on principle. That battle made me doubt Superman's sanity.

The movie is also way too serious. There is absolutely no comic relief. I can't help but contrast this with Marvel movies like the Avengers where they manage to create nice comic scenes without breaking the tension of the moment.

Redeeming qualities
Yes, thankfully there were some. Well, two. Lois Lane played by Amy Adams and Wonder Woman, played by Gal Gadot. (Did you notice the alliteration - LL AA WW GG?) Both the characters are the best characters in the movie and both the girls have played them wonderfully well.

Lois Lane comes across as a sensible girl dealing with extraordinary situations with consummate skill and level-headedness.

Diana Prince/Wonder Woman comes across as a powerful, strong woman with remarkable abilities backed up by a remarkable character.

In spite of every bad thing I have said here I do plan to acquire a full HD version of this movie for two reasons when the Blu-Ray comes out.

One, there's a bath tub scene with Amy Adams that's just gorgeous in high-res. No, you don't see any nudity but she is a stunningly beautiful girl and that scene is worth watching for her.

Two, during the climactic battle, when Wonder Woman makes her first  appearance as Wonder Woman in this movie, she materilises on the battlefield blocking an attack by the Cryptonian monster. The best action scene of the whole movie! Gal Gadot looks amazing as Wonder Woman and just as ravishing in her WW armour as she does in the sexy cocktail dresses in the early parts of the film.

BTW, in this whole movie, Wonder Woman is the only superhero worth watching.

That's all folks. Go waste your money on it or not, I leave that up to you. 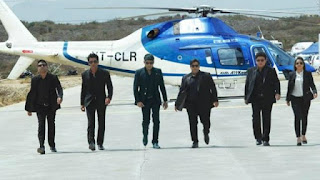 After Kapil Sharma walked out of Colors people were disappointed including yours truly. But now Kapil is coming back with his team bringing his new show on Sony - The Kapil Sharma Show. This is the perfect name for it as "Comedy Nights with Kapil" was also mostly referred as "Kapil's show" among the public and celebrities.

Watch this short clip where a reporter is trying to talk to the team on their set. Even these simple interviews are very funny. You can imagine how great the new show will be.

From what I know from watching the various YouTube videos about it, the first episode will be a live show in a stadium in Delhi. The rumour/news is that Shah Rukh Khan will be part of the first episode. Since Colors has served notice on Sunil Grover and Kiku Sharda that they can't do the Gutthi and Palak characters so they will be playing new characters. Ali Asgar will also play a male character. Sumona wil again play Kapil's screen wife.

I am looking forward to it just as all of India is waiting for it. It's starting from 3rd April, 9 PM IST, on Sony.
Posted by Sunil Goswami at 3:22 PM No comments: