Osho by Sunny Episode 4 - And some context for it 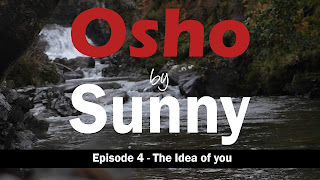 So, the scene is that a young, handsome, filmstar, playing a young, handsome contemporary boy in a film is standing outside in a tense situation, he's a little bit nervous and smoking a cigarette.
The text on the screen says "Cigarette smoking is injurious to health."
Now what is the message that goes to the viewers, the impressionable young viewers who are in the same age group as the young man on the screen?
This is one of those things where the government is ticking a box and delivering itself of any responsibility by making the filmmakers put that one line of text on the screen, the cigarette companies are laughing up their sleeves, and the filmmakers are turning a blind eye to what they are doing to the young public.
It is another example of the kind of conditioning that we go through without even realising it. This is what I was talking about in my video - Osho by Sunny episode 4.
https://www.youtube.com/watch?v=XqN8XCXLxhA
Have you ever wondered (or even noticed) why there's not even a single scene of anyone smoking, in any of my movies, ever?
Posted by Sunil Goswami at 2:44 AM No comments: Links to this post

Zero - What an aptly titled movie

They have named it perfectly - Zero! 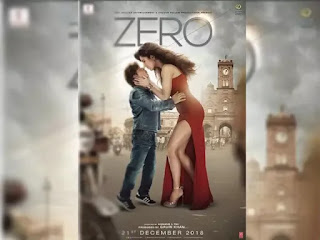 It gets zero stars from me on a scale of 10.  I tried to watch it properly, couldn't, so skimmed through it slowly hoping to some good scenes that might give me the traction to carry on watching. No such luck. It still seemed way too long and dragging.

The main star cast is also perfectly matched - Shah Rukh Khan, Katrina Kaif, Anushka Sharma. None of the three have ever tried to act and they match perfectly in this steaming pile of ....cringe-worthy scenes.

My one serious issue with it is that they have made Kat look ugly and repulsive in most of the scenes - on purpose. They have tried to show her as an alcoholic. Why would you take a beautiful girl and treat her like that? If you wanted acting you should have taken someone else. Katrina's beauty is her one plus point and they have subverted that. I take issue with that.

The scene shown on the poster (with Katrina in the slinky red gown) is not in the movie. Awful! In one or two scenes where she is not shown as a  lush she does look pretty.

It's no secret that I am not a big fan of SRK. But when the movie is good I would watch it and appreciate it despite him being in the lead role. Like KHNH or Dilwale, both entertaining movies.

"Short in stature but big on love, a bachelor meets two very different women who broaden his horizons and help him find purpose in life."

Whoever wrote this description of the movie should get all the creative prizes. He/she has made it sound a 1000% more amazing than it is.

Posted by Sunil Goswami at 11:40 PM No comments: Links to this post