Free Software For Writers or Authors

As you know I have been trying to write a book and as you might not know I have a few other writing projects in the oven. More than once I have felt the need to have a software tool that could help me organize the huge amount of text that goes in a book. For example, my current book, the one mentioned on it's own blog has several places where I have put in brackets and written "How many times do I say this?", it's easy to forget something like that when you have 200 pages of text that you travel through back and forth, back and forth. Hence, the need for a tool to assist.
With a google search I found a tool called the Storyboard. It seems nice and best of all it's free and open source. So, I am going to try that. If you have a need for this go to - http://storybook.intertec.ch/joomla/index.php/features-basic.
Oh, remember my ranting post about MS-Word being a piece of crap because it crashed and I lost data? Well, Storybook saves each input as it goes along, so no losing data even if it crashes. Neat huh?
Posted by Sunil Goswami at 1:18 AM No comments: Links to this post

I like this movie, an old classic, though I don't like the climax but well, no director usually goes again the public sentiment, any other climax would cause the movie to flop at the boxoffice.
So, here are 2 clips from it, one a comedy scene that I absolutely love.
The other, a powerful, emotional scene that refers back to the comedy scene.
Posted by Sunil Goswami at 2:59 AM No comments: Links to this post 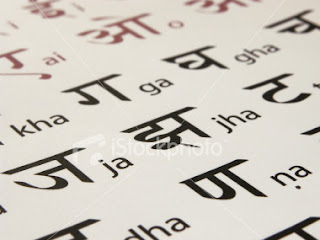 Email ThisBlogThis!Share to TwitterShare to FacebookShare to Pinterest
Labels: Hindi

Another sexy and funny scene from the same movie - Get Smart. I like this movie.
Posted by Sunil Goswami at 6:40 PM No comments: Links to this post

Bruce - Reading News With a Difference

I recently re-watched Bruce Almighty, a very funny film with lots of good, hilarious scenes. I selected this one because this is the silliest, in my opinion.
Posted by Sunil Goswami at 6:26 PM No comments: Links to this post

This is a very funny movie, but don't think it's very famous. I liked this dance sequence that's both funny and sexy at the same time. Watch to the end.
Posted by Sunil Goswami at 5:01 PM No comments: Links to this post

I have always loved this simple scene from the movie terminal. It's a very small scene, basically just one dialogue but worth watching.
It's a great way of looking at things, especially something to remember when you are thinking how hard it is to do that particular thing and want to give up. Oh, but not if you live in America, remember what she said, "America doesn't work that way." :)
Posted by Sunil Goswami at 4:14 AM No comments: Links to this post

Please read this in the order it is written watching the video clips as you come to each one. You'll enjoy it the most that way.
So, the story, ladies and gentlemen, is of a man who wanted to perform the legendary maneuvre called "The Switch". Nobody in the history of the human race had ever performed this switch before but this young man was ambitious. Maybe too ambitious for his own good!
It all started like this. Jerry Seinfeld was dating this woman named Sandy. Now Sandy, while a very personable young lady had but one flaw.
Her words stayed in his mind and he decided to test this theory.
And then, to make matters worse, he met...the roommate!
And so, Jerry is thrown into the middle of an emotional turmoil.
They all but accept defeat.
But where, there is a will there is a way. And so...
Jerry puts the devious plan into action, not sure of his footing but urged on not only by his desire for the roommate but also for the unparallelled achievement of...The Switch! Will he succeed where better men than him failed?
Jerry is in over his head. Can he cope with this new development? This unforeseen complication in his plan! Let's watch.
And here folks, you have the whole story!
Posted by Sunil Goswami at 12:01 AM No comments: Links to this post

Don't you wish there was a class like that about 'your' girlfriend?
Posted by Sunil Goswami at 11:03 PM No comments: Links to this post

Email ThisBlogThis!Share to TwitterShare to FacebookShare to Pinterest
Labels: comedy, How I Met Your Mother, TV, video 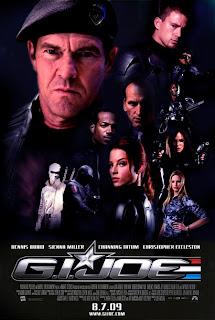