You can't keep a good man down 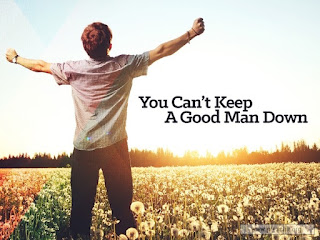 I  am watching Gotham on Netflix these days. In small increments as it is a stressful show. Last week I got to the point where they assign the protagonist, Detective Jim Gordon, to the Arkham asylum. This is quite a step down for him - hard job, physical danger, and a disgraceful assignment.

But even then I was not much worried about it because I knew he would come back to his normal beat soon. And he did. He never stopped doing his best work even at that terrible job and he gave it his all even at the risk of his own health and life. Soon, he made his way back to his normal position in Homicide.

Thinking about it later, I realised that this is a common trend. Even when our beloved hero is in dire straits we never despair. When he's captured by his enemies, when he's under fire from his boss or being beaten up by goons we always know he will bounce back, maybe not in the next frame or next scene but ultimately he will.

If we know this about him, why don't we know this about us? We also go through difficult phases in life when it seems so bleak that we despair for ourselves. And we let it get us down. Why don't we have that same faith in ourselves - that in the TV serial of our life, we may be down now but in one episode or two, we will come back again. We will rise back to our previous glory and work our way up from there.

Because, be it cinema or life, you can't keep a good man (or woman) down.

Posted by Sunil Goswami at 9:02 PM No comments: Links to this post

Noor: So be_noor - The Lacklustre Blockbuster 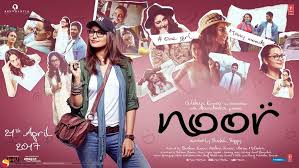 Noor tries to be in the second category but falls in the third.

Having already wasted 2 hours of my life on it I don't want to waste more by writing a long review so here's a quick and dirty review.

The movie sucks. It sucks from beginning to end. It sucks with a passion. It sucks like it was its full time job to suck.

It's based on a book called Karachi: You Are Killing Me but I doubt that the book sucked even half that much. (I do plan to check out the book just to verify this.)

The writing is the weakest part of the film. It just...well, sucks. Lame scene followed by lame scene full of embarrassingly lame dialogue. But the lameness is not just in the dialogue, it's lame all over, the camera angles, the set-up, everything sucks consistently.

In one shot you can even see the cameraman in the mirror. Here is the shot for you. 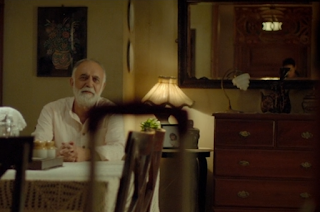 Actually, even though it tries to be fast-moving film the movie doesn't even get going until well after the interval. Then 2 scenes later it finishes. The scene during the credits is the final torture and is accentuated by the weak casting and poor performances.

Sonakashi is not a terrible actress only a weak one, but this would be her weakest film. Given the ridiculously lame dialogue given her she does a great job of delivering them equally lamely throughout the film. And she looks fat and ugly in the whole film but I think that's what they were going for as it's commented on several times in the whole movie.

If you escaped watching it when it was in the cinemas count your blessings and don't watch it now on the streaming services either.

Posted by Sunil Goswami at 12:13 AM No comments: Links to this post