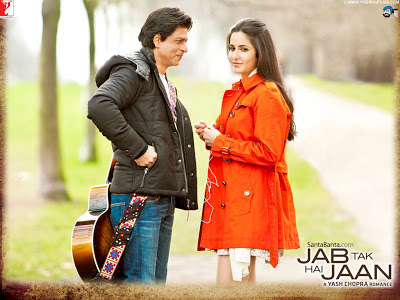 I have just started watching it, in parts while I cook and do the dishes, so these are only my initial grumbling complaints with it, there will be more I am very sure.

First scene - Shahrukh Khan is diffusing a bomb. His colleague who has been working on it for 2 hours cannot find the receiver in the bomb. But SRK finds it in a matter of minutes, without any hesitation. Okay, maybe so because he's really smart. But here's my problem, he tells the other guys that the terrorists had hidden the receiver inside the RDX and put lead around so it wasn't showing in X-ray scan as well. If a terrorist is smart enough to build a radio-signal controlled bomb, would he be so stupid as to put the receiver inside a lead box?

Lead, I should explain, has a very dense atomic structure, so dense that even X-ray cannot go through it. Similarly, radio waves also cannot go through lead! So, any receiver stuffed inside a lead box will not receive any signal from any remote! Wtf is going on here?

Next issue - Anushka Sharma reading SRK's diary in which he mentions that he was 25 on this day when his life started. Flashback starts. 25? SRK? If he's 25 I am not even born yet! Not only does he not pass for 25, or even for 35 in any way, they have not even made an effort to disguise his age by changing clothes, hairstyle etc. He looks the same except for the beard. So, we are just supposed to believe he's 25 because the writer wrote it so?

Guitar scenes - Both SRK and Katrina are shown playing guitar in the movie. Neither of them bother to move their left hand while pretending to play guitar. To be honest, this is something that bugs me in most TV shows and movies. But having done guitar scenes in my own films, I also know how difficult it is to get a non-guitarist actor to put the left hand on the fretboard in any convincing manner.

Only that much for now. I'll add more to it later or create new posts and more things bug me about this movie.

Posted by Sunil Goswami at 11:25 PM No comments: Links to this post