My Sorrow My Music 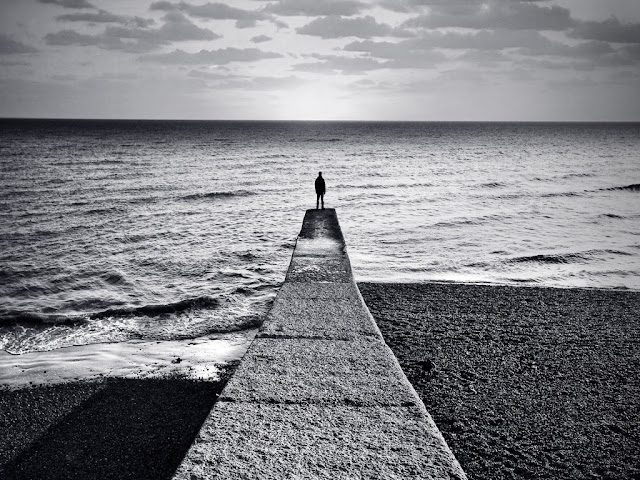 I have realized that even though I listen to at least 10 different genres of music in at least 8 different languages, when your mood is pensive and you don't know why (or even if you do know why) there's nothing like Urdu ghazals to suit that mood. Urdu poetry feels like the a warm hug from a dear friend. It holds you, supports you and makes you feel better without saying a lot of words.

Try this ghazal if you want to see what I mean. 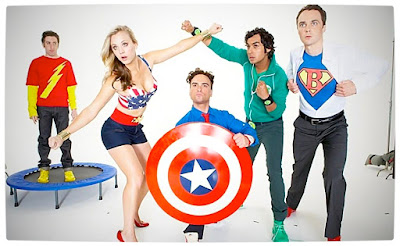 "You didn't have a personality you had some TV shows you liked!"

This line is said by Leonard to Sheldon in "Big Bang Theory". They are having a discussion about girlfriends and how they change a person. Sheldon suddenly realizes the effect Amy has had on him and says that he has unwittingly allowed her to change his personality. And Leonard responds with the line quoted above. It's quite funny but also not entirely true.

If you think about it, the TV shows and movies we like are an integral part of our personality. We like a show because it resonates with something in us. Either we like its humour or we are entertained by its action or we like how the drama on the screen provokes the thoughts in us. Some of the most animated conversations I have had with friends, and sometimes with complete strangers went something like this:

And the thing just takes off from there.

In "How I Met Your Mother" when Ted is dating Robin he makes her watch Star Wars and he really wants her to like it. To the extent that she pretends to like it. Similarly in "Big Bang Theory" the guys get really flustered if the girls mix up "Star Wars" and "Star Trek".

Penny: No, no, that's Star Trek. They get really bothered if you mix them up.
Amy: Why? What's the difference?
Penny: There IS NO DIFFERENCE!

I watch these and I am like "Come on guys, they are just movies. Lighten up."

But then suddenly this morning I realised would I really have a future with someone who didn't like "Firefly"? Can you imagine the arguments? Would I knowingly date someone who is not into science fiction?

Me: Have you seen Firefly?
Her: No. What is it?
Me: Oh, it's an amazing science fiction show made by Joss...
Her: Science fiction? No, no, I don't waste time on that stuff.
Me: Check please!

I do sincerely think that science fiction, the good kind at least, opens up our minds and broadens our horizons.

And do our heroes, (the super and the normal kind) not inspire us? We learn a lot from the characters that we admire, how to do the right thing, not be a douche, with great power comes great responsibility, these many other things we have learnt from our favourite shows and movies.

So, that's my epiphany from this morning. Thoughts?

Posted by Sunil Goswami at 4:20 PM No comments:

Keep Your Damn Approval to Yourself 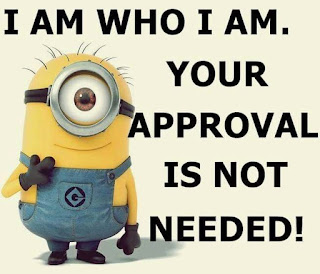 That's sounds quite nice and straightforward, doesn't it? This quote in the image? And it makes sense we should be comfortable with who we are and what we do rather than base our sense of self-worth on the opinion of others. Am I right?

Wrong! All those sensible sounding words sum up to one thing - Bullshit! Utter and pure bullshit!

We, all of us who are considered social animals, are programmed to seek the approval of others whether we do it consciously or subconsciously. Yes, even those people who make it a point to tell the world they don't want anyone's approval do actually seek approval. Sometimes more than the others.

There is noone that I know of, not one person, who violates this rule. It applies to poor and rich, downtrodden and powerful alike. We live in a society, we live by its rules, or we face the consequences, so we are constantly seeking its approval, we just don't think about it.

Otherwise, it would be common knowledge (without the expose) that the Pope was guilty of child molestation. The Pope is a powerful man, and by no means poor, why would he hide his activities? Simply because he knows what he is doing is not approved by society and law.

At an other extreme, take Mother Theresa. I am sure she didn't help the people in need because she wanted to get any applause, but I'd be 1 to 100 that it did make her feel good when the society took notice of her good deeds and appreciated her for the wonderful person she was!

This programming starts early in our childhood, remember the "good boy" "bad boy" concept? What is that? Simply seeking your parents' approval. Then it goes on to school, with the grades actually quantifying how much approval you have got.

Some people who don't go to school or drop out, they get the approval in other ways. By making money! Bill Gates maybe be a high school drop out but he is a very rich and successful (read: has money) therefore he meets the society's approval

It is everywhere. When you are keeping your car under speed limit, you are doing things the approved way. I know some people would point out that they do go over the speed limit. Sure. But do you do it in front of a police car or speed camera? You are not defying shit, you are just sure you won't be caught.

Approval comes in various flavours and styles. When people laugh at your jokes, when someone clicks Like on your Facebook post, when your boss says "Good work!", when your girlfriend says "Oh, you are so romantic!" they are all forms of approval and you eat all of them up!

But why do we say we don't need the approval?

Because it makes us feel better. Even though we all conform, we all also want to be known as the Rebels. It makes us feel good! And we always back it up with little acts of rebellion that don't cause much harm. Unfortunately I can't expound on this theme without giving away my little professional secrets.

But seeking approval is not a bad thing. Much as we would all like to be bad boys and bold girls, civilisation as we know it could not handle it. 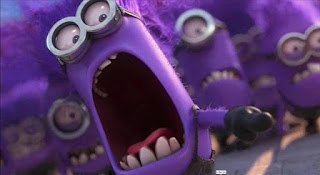 Imagine if nobody followed the law, nobody cared about the social conventions and noone gave a damn about appearing nice, ...well, we would be worse than animals. And we would perish.


Now, I don't give a damn if you like my blog post or not since I only write for myself but...;-)

Posted by Sunil Goswami at 5:48 PM No comments: