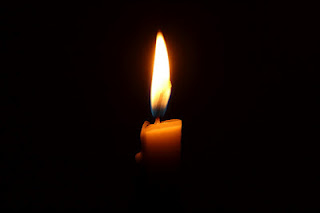 It's just a few shers from the film. There's no song around it.

Translation -
What's the trouble if the nights are dark,
when the lamp of love burns bright.

I may not have any support in the world,
But I have your hand in mine.

Who can say how many crazy lovers
Have burnt their homes for it,

This love that the world has shunned,
There must be some attraction in it.

Of course, it's a million times more beautiful in the original Urdu. :)

Posted by Sunil Goswami at 12:14 PM No comments: Links to this post 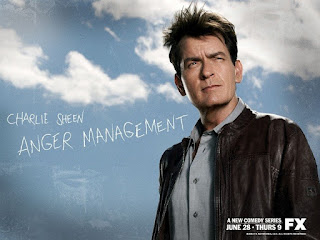 Thanks to Sagar for reminding me about the new TV show featuring Charlie Sheen. It's a home production of Charlie with his brother and it's good. It's not at the same level as Two and a Half Men yet but it has the same potential.


As it's a very new show you can feel the new paint on the sets and the brand new furniture but you can also feel that as the cast gets more comfortable with each other it will get really good. It is already funny, and Charlie's still got that charisma which makes his presence on the screen so amazing.


I am not happy with all their cast decisions, I'd have picked hotter girls for example :), but they show promise. I have only watched 2 episodes yet, I am looking forward to more.


I'd rather watch this than Two And A Half Men without Charlie.
Posted by Sunil Goswami at 11:51 PM 6 comments: Links to this post

Warning: This review contains spoilers but then, I don't want you to see this movie anyway. 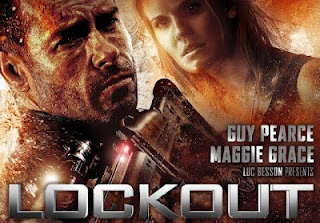 This was a  sci-fi action thriller which is the best kind of film. But LOCKOUT is a good example of how you can spend 20 million dollars and produce a 95 minute long pile of shit! Yes, I am that disgusted!

The story premise is simple as it should be. A maximum security prison in space is visited by the US President's daughter. During her visit things happen and there is violent takeover by the inmates, who of course are the worst murderers and psychos on Earth. A man condemned for the same prison is tasked with the responsibility to rescue the president's daughter.

With this primitive story and predictable twists a good action film can still be produced.

What I didn't like about it? Pretty much everything. The characters are very stereotypical but the actors are very lacklustre. Guy Pearce has no on-screen charisma. Maggie Grace is the one who catches the eye from the start and she does a good job as the president's daughter. The main villain inmate and his lunatic brother are the other two who stand out.

I like Maggie Grace very much. I think she's gorgeous and she's an excellent actor. But when they dyed her hair dark in Lockout, I turned it off. She was the only reason by that time to continue watching it. Then I realized that I had only half an hour more to go so I decided to stick it out.

The thing that really, really pissed me off about this is the crappy job with science and technology. There is not one or two but numerous factual errors throughout the film. Some examples that irked me especially. When the inmates throw someone out of an airlock without a pressure suit he is seen from the space police station as flowing outside the prison space station. What the director doesn't realize (maybe he didn't go to school) is that this is more serious than throwing someone into the pool. In real life his body will instantaneously decompress, an explosion from the inside. For a good example of this, watch the James Bond film - Licence to Kill.

There is no concept of communication channels in the whole film. Anything being sent point-to-point can easily, without any active effort, leak into the main PA system. Nice!

In the end, the hero and heroine jump from the station wearing space suits and fall towards Earth. Where did they find gravity for that movement, I have no idea.

In one scene, the hero has to jump across from side structure to another. Below the empty space between the two windows are huge fans. And the guy guiding the hero says, "The gravity produced by the...should keep you afloat." Well, buddy, gravity is the force that pulls you down not up. If he had said "Air column" or "the wind produced by" I'd not have minded.

One huge blunder. Because the inmates killed the maintenance engineer, the prison space station is now going to fall on Earth. What is this, a car, that someone has to drive over the pot holes? A space station can only be built in orbit around the Earth and there it is held by the Earth's gravitational force. In exceptional circumstances it may fall but not like that because someone stopped shoveling coals into the engine. Bah!

Other than such specific instances the general technological atmosphere is also very illiterate and shabby. In one scene the hero is hanging by a cable and it breaks. This is a rope or cable he brought for this specific purpose to help him climb into places and it breaks so very easily. Even in today's world, you can easily buy rope of the same thickness that will hold the weight of 10 men not just one!

Then the smoking and lighter bring their own questions.

The devices shown are also not at all futuristic. I don't mind that. I mean if I were making a film like that, I'd also use things like Android tablets and stuff. Where would I find holographic displays and other fancy gadgetry? But with 20 million dollars, I will bet you I can find better devices.

There are tactical errors like they have automatic tracking and shooting guns on the prison station but no way to shut it off from the police space station. Even in today's times such stupid plans are not implemented, this is supposed to be the future.

I can go on and on but I have already spent 95 minutes of life on this crap. I don't want to spend any more.

Conclusion: Don't watch it! At all.
Posted by Sunil Goswami at 12:04 AM 2 comments: Links to this post