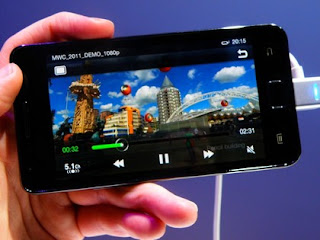 I was going to write two posts one for my Samsung Galaxy S2 and one to list out how iphone sucks (yes, another one), but I decided to do the SGS2 post first. I think there are a lot of review sites for mobile handsets but most of them work either from paper spec's or an early review unit or sometimes just on a display piece in a technology conference. Not a whole lot of user reviews based on actual experience. So I decided to do one.

I am not gonna do a long and detailed review of all the features and settings because that would take too long. This phone does have a LOT of features! I will just talk about the few things that I really dig about this phone and how they influence my life on a day to day basis.

First off is the shape and size. Samsung boasts of this being the thinnest smartphone on the market and I think they are right at 8.49mm thickness. It feels really nice to hold in the hand because of this shapely body.

The downside is that you have to be really careful when texting one-handed or when taking photos. Also the body is plastic, which people seem to have something against, I don't. The back cover is textured plastic which feels good in the hand. 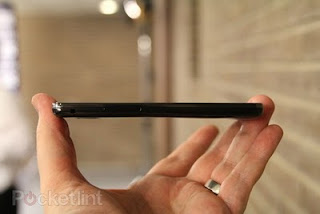 The first time I opened the back cover to install battery, I hated it. It looks so flimsy and cheap, plus it has hooks on 3 sides of so it was hard to open. I was worried I might crack it any moment. But I didn't. And I realized later that having hooks on 3 sides it fits really snug and feels safe when closed. No wobble or play in the back cover. I like that classy feel. Also being light it doesn't add much to the overall weight which is just 117gms.

I received the phone on 22nd of August, (a nice b'day present for myself), and since then I have gotten used to the weight a bit, but if I pick up my old Desire HD and then pick this up, it feels so light! The shape is still pleasing after 3 weeks. I love to pick it up!

Now let's talk about the screen. The resolution is same 800 X 480 that I have seen on many devices so far, but this is a Super AMOLED Plus screen, and while that sounds good to the ears, you have no idea what it means until you see the screen! It's gorgeous!

Just this morning I turned off my morning alarm on two devices, my old Desire HD and then on the new SGS2. And I noticed the difference in colours and vibrancy of the display even though I was half-asleep and wasn't looking for anything like that. 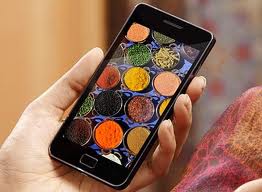 Also, in practical terms, I have to keep the brightness of the screen lower than I used to on the Desire HD otherwise it is too bright to be comfortable. In the direct sunlight, I jack it up to full bright and it's comfortable to use outdoors.

Last weekend while I was traveling, I forgot my tablet in the office and had to watch videos on my SGS2 in the trains. I didn't mind at all! The 4.3 inch screen is great for watching movies and TV shows esp. in HD!

Speed.
It's one thing to say that the SGS2 has a 1.2GHz dual-core processor and it's a totally different thing to see it in action and be wow'ed by it. Right from the home screen you begin to see and feel the difference that a fast processor makes. This effect continues as you keep working with the phone, opening documents, launching applications, interacting with various dialogues, it's all amazing! 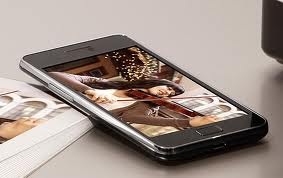 I haven't used the camera a lot, esp. not manipulated the taken pictures on the computer but whenever I have taken any pictures, I have absolutely loved the speed. The settings available for the camera are also really impressive. Mobile cameras are not meant to replace the digital compacts but this one comes very close.It's a 8MP camera with an LED flash. Works well enough to snap on-the-spur shots, for really great shots you'll take your camera with you anyway.

There's no use talking about Android as that is common across both my phones, but this one has version 2.3.4 which does feel improved. There are small enhancements that you notice as you do stuff.

And now, the battery life. SGS2 has a 1650 mAH battery which is a big improvement on the Desire HD but the real difference is in the real life performance. With the Desire HD I used to get a day's worth of use at light use. I could not use it as a replacement for my Tab because it would run down quickly. When I used to go to London, by the time I got back at night, my battery would be below 10% or sometimes already dead.

With SGS2 I made a 3 hour train journey, used it continuously, to watch movies, play games, and make calls. Battery expenditure was slightly less than 40%. I am happy with that. 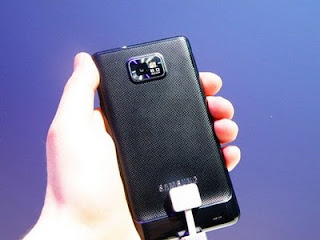 In daily use also, I check battery level often and the way it goes down I will get about 20 to 50 hours of use in a typical light use pattern. I have never used it straight 20 hours yet, I charget it when I get home. But as I said, I look at the numbers throughout the day. Usually when I get home after a working day. In about 14 hours, it has lost about 20-50% depending on how much I used it through the day.

What the great battery life means to me in real terms is that I can have live wallpapers and other widgets and background applications that would be nice to have but do use more battery. Now I can enjoy them all without worrying. When I go out, I don't carry a charger with me (to office, for example). And I don't take an emergency charger when travelling by train. Sometimes I can leave the tablet behind when travelling.

With SGS2 I also got Swype pre-installed which I was enjoying very much on my Samsung Tab. So that's a big plus for text-entry. You don't know what you are missing until you try it.

There are some bad things also. But I don't whine about them as I knew them before I bought the phone. (Unlike iphone buyers, I don't say "Oh, that looks pretty!", I do my research.)

One bad thing is the absence of the search key on the handset. I didn't use to use it a lot before, so I am not missing it much. Or at all. There's always a soft search key in all programs where I can search.

Another bad thing is that it gets too warm in certain conditions. It doesn't happen a lot but it's a shortcoming. Happens esp. when I make it a wifi hotspot and use it for extended periods of time. Also sometimes when downloading a really big file on the phone. Doesn't happen often enough to make me annoyed.

The third thing I hate in phones is the location of the SIM card and microSD card slot. In this phone both are under the battery cover which is hard to open, so that does annoy me. Recently I found a solution to transfer my files without using cables. There are two solutions actually.

One is to use Kies Air by Samsung that comes pre-installed. It's really cool. You connect the laptop and phone both to the same Wifi hotspot, then start Kies Air. It gives you an IP address, you enter that IP in your browser on the laptop and voila, you can see a huge amount of information from the phone on your laptop - photos, files, videos, text messages, call history, a lot. You can do a lot of things from there, but the shortcoming I found is that I can't transfer a file bigger than 100MB. So I searched for another way.

There are a lot of free FTP servers available for Android. Using them is like using a normal FTP server. Start the server on the phone, then connect to it, using the browser or an FTP client from the laptop. I am very comfortable with FTP clients and prefer them, like Filezilla (also free). This was fine for transferring movies across, a lovely interface.

But if I gave that solution to an iphone owner, they might faint. All they know how to do is to sync using iTunes. And they love staying within those limits. *evil grin*

I am going to stop here it's gone on much longer than intended it to be anyway.

Next, expect a post from me on why Apple sucks. ;)

Posted by Sunil Goswami at 8:43 AM

i love my samsung galaxy s2

thank you for blogging about glaxy s2