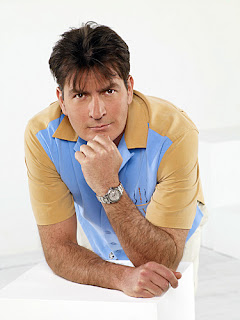 I just finished watching the first episode of the new season of Two and a Half Men and ....meh! I still have more material to watch, I watched just to see how it looks without Charlie Sheen. Like everybody else I knew that he was replaced with Ashton Kutcher. Kutcher is one of those actors who I am neutral too. I don't love him like I do Jason Statham nor do I hate him like I do Leonardo diCaprio. So, I had an open mind towards him, but not towards the show to be honest. I checked it now instead of keeping it till later because I didn't expect it to be very good.

My verdict? I was right! The writing and direction is the same and I suppose if someone just started watching it from here they might like it. I don't. I am seriously considering deleting the rest of the new episodes I have.

What's wrong you ask? On the surface, nothing! But people who have seen the original seasons would know that Charlie Sheen was the life of the show. It was his sheer presence that created the humour. He played that character so well that it felt like that he was Charlie Harper.

Charlie Sheen did some stupid things with substance abuse and made some really bad public statements about the show's producers and studio a few months ago that made it impossible for him to stay part of the show. On the other hand, a conspiracy theorist did tell me that actually Charlie said something politically bad on some topic which resulted in him being railroaded in an attempt to destroy his credibility. I don't know which one is true, but I do know the power of the media, esp. when it comes to show business.

In this season, they have tried to keep things going and made a big effort that shows that they are desperate. They killed Charlie off so that makes it kind of permanent though artistic licence can always take care of those things if things ever work out between Charlie Sheen and the producers.

The episode opens with Alan giving a eulogy for Charlie. This is interrupted by Charlie's ex-girlfriends and ex-lovers and here is where I started feeling that they were desperate to create humour anyway they could. Didn't really work for me. Throughout the show some of the gags were predictable while some were weak. There were a couple of smiles in the whole episode but on the whole I felt like I wasted 21 minutes of life.

It might be just my bias but I felt like they used canned laughter in addition to studio audience or in place of. I don't know. They used ALL the characters, all main characters plus some from the past, again that desperation to make it work somehow.

The rest of the cast did okay. Kutcher did okay in his role too. But let's face it, he's no Charlie Sheen and he won't be in 10 more lifetimes! He's a stand-in, an understudy, and Charlie left some pretty big shoes to fill. The writers apparently knew this and tried to compensate for it. They made Kutcher larger than life, he's a billionaire while Charlie Harper was always spending more money than he made. Kutcher is also mentioned to be well-endowed, a fact that was never mentioned in Charlie's case either way. Kutcher's character  is also committed to one girl, while Charlie was mostly commitment-phobic (mostly). But all these subtle tricks, didn't do the job!

You know when they say, "Let's make magic!"? (Who says it? Well, I do!). That's because it is magic. There's no formula for a successful show or movie. Huge multi-billion projects fail, and simple, small-budget things, films shot on a mobile camera..make an impact. It's just magic. And in this show, the magic is gone!

So, ultimately I just want to say, I miss Charlie Sheen on the show and I am really sorry that one of my most favourite shows has gone to seed! :(

Here's a video from the original series to remember and enjoy the old times!
http://www.youtube.com/watch?v=PVkWONQeYcY

Email ThisBlogThis!Share to TwitterShare to FacebookShare to Pinterest
Labels: comedy, TV, Two and a Half Men, video