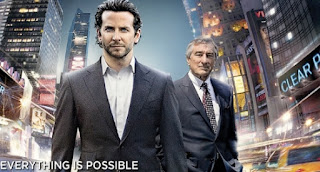 As I say in the title it's a formula flick - the old "fountain of youth" formula. In this case the fountain is a clear pill that lets you access the whole 100% of your brain instead of the 20% you do now. I think the figures they quote in the film are wrong. There are two ways you use your brains, as a storage for memories and experiences and as a processing power. An average person uses about 10% of their brain, I use 12 and super-geniuses like Albert Einstein and Leonardo da Vinci used somewhere between 15-20%.

With that basic premise the story moves quickly and interestingly through more or less predictable plot points. I mean, the guy is a failed writer. As soon as he feels the power of the pill he will try to finish the book he's been sucking at writing, right? Then once he finishes that he will turn to the stock market to make some serious money. And then, of course, he'd be in the field of business, big mergers, changing direction of the fates of big corporations, that sort of stuff. It's common sense, and also inevitable unless you want to make your film a total crime thriller.

Director Neil Burger has kept the pace of the film quite swift and used cinematography imaginatively to show the various effects of the pill. He has mixed the business thriller part of the story with crime thriller part quite fluidly. The voice-over narration by the protagonist usually helps the audience with identifying with him and that has helped here, but I think if there's one thing where the movie lacks is that the identifying factor is not all that it could have been. In my view, that's because the story moves quite fast right from the beginning and bad things start to happen to the hero and that breaks the connection that's not yet fully established. But still, it's not a bad job. 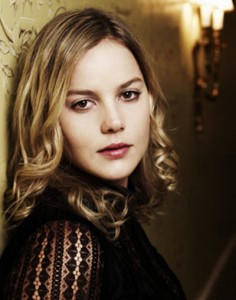 That's my favourite part of the movie as well, the climax. It's not too long and not too short, it ends on a positive note and leaves the audience with a good feeling.

There's a lack of humour in the film. Burger has kept it fast-paced, serious action with merely an opportunity for a smile here or there. The dialogue is quite witty and incisive but it's not funny.

Some of the plot twists are unpredictable and they make the story more interesting and you find yourself nodding, thinking, "Yes, that makes sense." Those "aha!" moments are where a great script differs from a run-of-the-mill crap.

Overall, a good film, worth watching. Not only for the action but the thought-provoking factor as well. What would YOU do if you had access to 100% of your brain? I like it also because it inspires me to do more with my brain, to achieve more in my life, even without the benefit of the clear pill.
Posted by Sunil Goswami at 10:31 AM

I would like to be able to have access to 100% of my brain. Not sure how I would use it though...

Thank you for thr review.

It's an interesting thought and you can find out the answer by trying a polyphasic sleep pattern. :) You don't get 100% access to your brain but you do get access to an alert, active brain for longer. And what you do with the longer access, that's your answer.

You are welcome. And thank you for your comment.