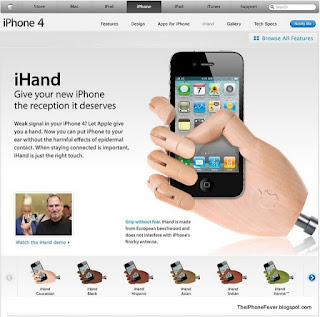 Q: Why is the Apple still reporting record profits?
A: Because iPhone users are just as oblivious to the looming recession as they are to good technology.

Q: Why did Steve Jobs live his last moments in regret?
A: They say your life flashes before your eyes just before you die. Unfortunately for Steve Jobs, his iPhone 4S didn't have a Flash player installed!

Q: How many Apple Iphone early adopters does it take to change a light bulb?
A: 3001. 1 to do the work and 3000 to go online and bitch about the lack of any useful features!

Q: Why is it so sad that Steve Jobs died?
A: Everyone at Apple are crying their i's out!

Steve Jobs‘ funeral will be held next week, after which he will be reburied every six months in a slightly better coffin. (Twitter)

and what this Iphone batteries keep on exploding .. its becoming dangerous to carry a iphone..

Really? Exploding? I didn't know that.

I'd like to add to this, Steve Jobs clarifies: iPill is not an Apple product.

LOL. Good one, Pooja. I had to Google iPill though I had some idea of what it would be. :)

Man, apple sucks big time. I am a huge android lover. But there is one thing, I understand that u are a software engineer and hence u are adept in handling a complex phone(i mnean complex than iphone). But what I recently saw was that Oldies and people like bus drivers, people in their 40s don't require features/ resources that android provides. They are just satisfies with what they have.

People in their 40's are oldies? Dude, you are breaking my heart here. :D But yeah, some people don't like/need/want more features, they don't need iPhone or Android either.

Chuck Norris can make a phone call on the iPhone.

HAHAHA
I LOL'd at the 3rd joke!

Anonymous, that's a good one.

WindTV that one is really good. I just read it again and even I LOL'ed and I am in train!